AutoGrader is a full-stack solution simplifying the lives of grading TAs at Brandeis. It works with existing data in Moodle and provides tools for distributing grading assignments and aggregating grades.

AutoGrader consists of two services— the AutoGrader webserver, which stores project and grade information and provides an interface for grading TAs, and the Grading API, which tasks containers with grading, validation, and recombination jobs. The Grading API runs jobs asynchronously using Rails ActiveJobs. 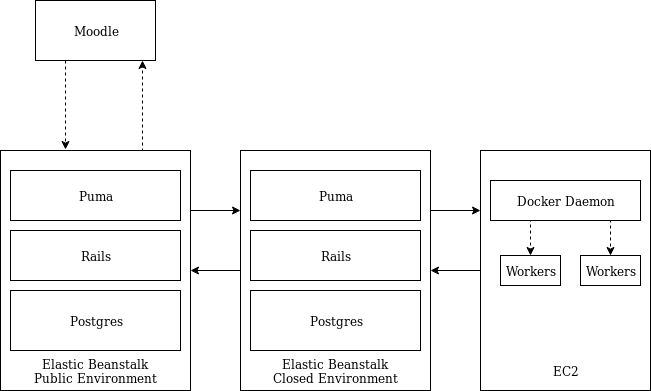 AutoGrader can be used as either a submission grouper, as a testing/sanitizing suite, and as a wrapper around the MOSS cheat detection system.

AutoGrader assigns students' submissions to grading TAs automatically and distributes their partitions in organized archive files. Grading TAs can provide a grade and comments, which are aggregated in a grading worksheet that can be uploaded to Moodle.